About the Free State

Kgotso – we greet you in peace! (Sotho) 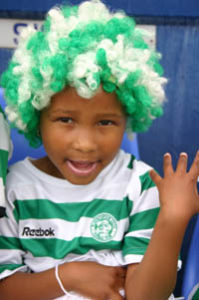 Wedged between two magnificent rivers – the Orange and the Vaal – lies a region blessed with such beauty and grace that for centuries passed pioneers paid the ultimate sacrifice for the honour and privilege of calling it home. Embraced by several of South Africa’s provinces, the Free State assumes its rightful place at the heart of the country. Today, visitors and inhabitants alike are rediscovering their souls through the majesty of this land and the moulded spiritual ethos of its people.

The Free State is a rural province of wide horizons and blue skies, with farmland, mountains, goldfields and widely dispersed towns. The land of the windpomp and krummelpap is peaceful, with a high quality of life, good infrastructure and a low crime rate. The province covers an area of 129 464 km2 and carries population of 2,9 million – 6,5 % of the national population. Of the province’s population, 71% – about 2 million people – live in urban settlements. Although the Free State is the third largest province in South Africa, it has the second smallest population and the second lowest population density.

The Free State borders on the Northern Cape, Eastern Cape, North West Province, Mpumalanga, KwaZulu-Natal and Gauteng Province and also shares a border with Lesotho. The biggest part of the Free State is an undulating plain at between 1 000 m and 1 500 m. However, the eastern and southern region, which borders Lesotho, is hilly to mountainous, with scattered flat-topped hills or koppies. The Orange River forms the southern boundary of the Free State and includes the Gariep and Vanderkloof Dams, with the former largest dam in the country. The northern Free State is drained by smaller rivers, which are, as is the Orange River, extensively utilised for irrigation.

The Free State is hot in summer, when most of the rain falls (between 600 mm and 750 mm in the east to less than 300 mm in the west), but it can be very cold in the winter, with heavy frost over most of the province. Snow is often recorded on the eastern mountains, and occasionally over the rest of the region. Seasons: Summer: December – February / Winter: April – July / Spring: July – September / Autumn: January – March. Average winter temperature: 7.7ºC ; average summer temperature: 23 º C.

The capital of the Free State is Bloemfontein / Mangaung, having a well-established institutional, educational and administrative infrastructure and housing the seat of the Provincial Government as well as the Supreme Court of Appeal. Other important centres include Welkom, the heart of the Goldfields and one of the few completely pre-planned cities in the world; Bethlehem, capital of the Eastern Free State; Sasolburg, which owes its existence to the world-renowned petrol-from-coal installation established there; Ladybrand; a thriving town on the border with Lesotho; Parys, an attractive town on the banks of the Vaal River; Phuthaditjhaba, situated in Qwa-Qwa and well-known for beautiful handcrafted items produced by the local people; and Botshabelo, some 60 km south east of Bloemfontein and the most populous centre in the Free State.

Many of the towns display a mix of culture clearly evident in street names, public buildings, monuments and museums. Dressed sandstone buildings abound on the Eastern Highlands, while beautifully decorated Sotho houses dot the grasslands. Some of South Africa’s most valued San rock art is found in the Free State.

• Economy
economyThe Free State produces a Gross Geographic Product (GGP) of some R44,1 billion (approximately $8 billion). Government is the largest contributor to the GGP at 15 %. The economic activity of the province centres mainly around mining, agriculture and manufacturing, contributing respectively 22,6 %, 11 % and 14,5 % to GGP. Tourism contributes 3 %.
World class technology from Sasol at Sasolburg

18% of red meat, 30 % of groundnuts and 15 % of wool. A total of some 11 500 commercial farmers are farming on some 48 400 farming units in the Free State. The Free State Province Government has a structured policy for the development of emerging farmers in the province.

The Free State GGP per capita is standing at R5 871 per annum, with some 65 % of people living in poverty and 34 % unemployed. The incidence of HIV/AIDS is one of the highest in the country, with 27 % of women attending antenatal clinics being HIV positive. Rates of TB are also high. The annual pass rate at schools of senior certificate level is about 60 %, with the overall literacy rate in the province at 85 %, standardize the third highest in the country.

The incidence of crime in the Free State is within the South African context relatively low, notably violent crimes such as murder, rape and armed robbery.
• Infrastructureinfrastructure

The province is excellently connected to the rest of the country by road and railways. The Bloemfontein Airport also handles regular flights to the other major centres in South Africa. The national routes N1 (Gauteng-Cape), N3 (Gauteng-Kwazulu Natal), N5 (Bloemfontein-Maseru) and N6 Port Elizabeth – Aliwal-North – Bloemfontein routes pass through it, as well as main railway links.

The Free State is the third best-off province in the country in terms of access to safe water, sanitation, electricity and telephones.

Generally the road network is well signposted. All routes are tarred, but with secondary road network consisting of gravel roads. Surfaces are generally in fair condition, but caution should be taken when driving on gravel roads. Filling stations for fuel (leaded/ unleaded/ diesel) abound. Various national bus services as well as car rental companies operate throughout the province.

Bloemfontein Airport, situated 10km from the city centre, is linked to the other major airports in South Africa, while various other centres in the province do have smaller airports.

The telecommunication system in the Free State is almost fully automatic, which public phones are available. Internet facilities are available everywhere.

Banking facilities abound – where there are no branches, there are ATMs. All major credit cards are accepted. Facilities are well indicated by signs.

In a bird’s eye view over the tourism in density in the Free State it is being observed that the province disposes of inter alia 14 nature reserves with varying facilities; four large holiday resorts; 12 state dams with banks totalling some 760 km; numerous sports and outdoor opportunities; nine restored battlefields; some 12 000 tourist beds; a booming guesthouse industry, with Bloemfontein alone totalling some 650; and a further long list of features to be added.

For what the extent of the tourism industry in the Free State is and can be, it is necessary to glance at the total SA potential. This should be seen against the background that tourism has been the fastest growing sector in the world economy, standing at present at 6% of the global GNP. Currently SA is receiving some 6,6 million tourists annually, constituting an income of R36 billion and creating about 310 000 new jobs and doubling tourism’s share in the national GDP from 4% to 8%. At present some 1,9 million overseas tourists visit South Africa annually, besides some 4,5 million visitors from the rest of Africa and 19 million domestic tourists circulating within South Africa.

According to statistics SA, the national tourism industry is now the fifth largest earner of foreign exchange for South Africa. Annualy altogether some 7 million foreign tourists visit SA, coming mostly (66%) from Europe notably Britain (35%). Each one of them spent between R3 300 and R8 500 per visit. It is being anticipated that this stream will grow by about 5% per annum.

The Free State is at present a share of about 5% or 60 000 of the total overseas tourists visiting SA, spending some R199 million in the province. Then there is the domestic market, i.e. tourists from mainly neighbouring countries, of which the Free State last year got also about a 5% share = 2,8 million people, buying primarily consumer goods in SA to a total value of R513 million. From the latter category the major inflow was from Lesotho, visiting places like Ficksburg, Ladybrand, Bethlehem, the Goldfields, Bloemfontein, etc.

It is estimated that the tourism industry in the Free State currently contributes about 3 % to the province’s economy of some R16 000 million. Annually some 60 000 foreign tourists visited the Free State, spending an estimated R54 million, while during the same year about 2,8 million domestic tourists visited the province, spending an estimated R513 million. This at present constitutes a total contribution of R567 million to the province’s GDP. Although foreign visitors spend more per capita on holidays than domestic visitors, the latter forms the backbone of the tourism industry in the Free State.

The declared objective for the Free State is eventually to attain 10% of the annual total.